Quarantine is also an activity for children! – Indep Skip to content

Quarantine is also an activity for children!

The 5-year-old Shokhzhakhonkul Sherkulov won in the Art nomination of our Talents in Quarantine competition.

Despite his young age, the photo of Shahjahan, which captures the consequences of the coronavirus and the simple rules for its prevention, as well as the behavior of hardworking doctors, impressed the editorial office. Obviously, we were intrigued by the quarantine restrictions, the negative symptoms of the virus and the fact that it entered the heart and made us think. Quarantine taught people to change, learn something, get used to living differently. In addition, keeping hands and wearing masks on the streets is ingrained in the minds of young children. Of course, the formation of the feeling of “cleanliness, cleanliness is the guarantee of health” from an early age is our merit. 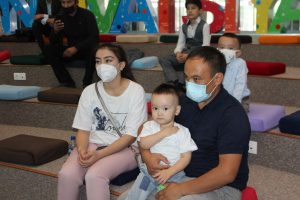 The winner is a pupil of preschool No. 556. In his spare time he also practiced karate. During the quarantine period, such organizations were suspended, and preparations for school began, although they are now at home. She is learning to read letters and count numbers. We were glad that he was slowly rushing to read fairy tales independently. We also heard that he was teaching his younger brother what he knew. She is also her mother’s assistant. He is also doing his homework. 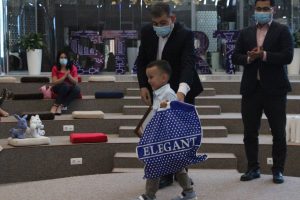 “In the competition organized by the Technology XXI Century magazine, each participant made a special impression,” says the father of Shokhjakhon Karshiev Sharif. “At a time when the COVID-19 pandemic is going on all over the world, our children tried to use their time productively and express their feelings in the hearts of the gnomes. I believe that competition can motivate every growing child, at least in part, to become more educated and more independent.